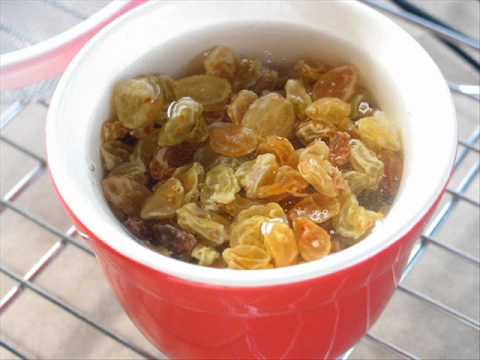 The original proposal for this review of the literature on raisins and health was presented by Dr. James Painter at the annual meeting of the Scientific Research Panel of the California Raisin marketing Board in July 2011. The areas of review were determined and commissioned in August 2011 at a subsequent meeting of the research panel. The review results were presented at a post session of the IFT annual meeting as a webcast on July 18th 2012 by the researchers and was moderated by Dr. Painter and Ashley Waters. Additionally, the production process, production editing, and formal submission of this supplement was overseen by Dr. Painter and Ms. Waters. School of Family and Consumer Sciences, Eastern Illinois University, Charleston, IL, 61920, USA

There have been relatively few studies conducted on the health benefits of dried fruits; however, over the past few years there have been many advances regarding the health benefits of raisins. Williamson and Carughi (2012) recently reviewed the polyphenol content and health benefits of raisins. The review showed that raisins contain significant amounts of the flavonols quercetin and kaempferol and the phenolic acids caftaric and coutaric. Both quercetin and kaempferol are found in raisins as glycosides. Although the bioavailability of these compounds has not been studied in raisins, they have been shown to be well absorbed from other foods. These compounds may be responsible for some of the health benefits that have been reported with raisin consumption (Williamson and Carughi 2012). During the dehydration of grapes to raisins there is a significant loss of specific phenolic acids and polyphenols. However, total antioxidant capacity and total polyphenol contents remain relatively unchanged. Moreover, when equivalent amounts of grapes are fed either as fresh grapes, raisins, or wine (non-alcoholic) similar amounts of certain phenolic acid metabolites are detected in the urine. Thus, phenolic acids appear to be more bioavailable in raisins than in grapes and white wine (Murphy 2012).

A webcast regarding the Emerging Health Benefits of Traditional Dried Fruit was presented on July 18, 2012 as a satellite session to the 2012 Institute of Food Technologists (IFT) annual meeting. This webcast was designed to review the latest research on the health benefits of raisins. The webcast included research studies regarding raisins and dental health by Allen Wong, D.D.S., Ed.D; heart disease and glycemic response by James Anderson, MD; satiety and energy intake by Barkha Patel, M.Sc.; and phytonutrient content by Rui Hai Liu, M.D., Ph.D. This supplement includes review papers from this webcast.

Grape consumption, in the form of fresh grapes, raisins, and 100% grape juice, is associated with an overall increase in diet quality and nutrient intake. In “Improved Diet Quality and Increased Nutrient Intakes Associated with Grape Product Consumption by U.S. Children and Adults: National Health and Nutrition Examination Survey 2003–2008”, Debra Keast compared the diet quality of grape consumers (GC) with non-grape consumers (NGC). Compared to NGC, GC had higher intakes of total and whole fruit along with lower intakes of solid fat and added sugars. The grape consumers had higher intakes of several key nutrients including dietary fiber, vitamin A, vitamin C, calcium, and potassium.

In “Raisins and Oral Health”, Allen Wong, D.D.S., Ed.D, discussed how current research shows some evidence that raisins may not contribute to dental caries, contrary to traditional thought. This paper reviews new findings with regards to raisins and the three conditions that are thought to contribute to the formation of dental caries; low oral pH, adherence of food to teeth, and biofilm (bacterial) behavior.

The consumption of raisins has also been shown to improve blood glucose control and reduce risk for cardiovascular disease. In “Raisin Consumption by Humans: Effects On Glycemia and Insulinemia and Cardiovascular Risk Factors” James Anderson, M.D. reviews past research on the cardiovascular protective effects of raisins including their effects in reducing oxidized LDL (Barnes and others 2011) and reducing low-density lipoprotein (LDL) cholesterol (Puglisi and others 2008). The effect of the regular consumption of raisins on reduction of post-prandial glucose levels, HgbA1C, and blood pressure are also reviewed (Bays and others 2012 a, b)

In “An After-School Snack of Raisins Lowers Cumulative Food Intake in Young Children” Barkha Patel, M.Sc. discusses how raisins as an after-school snack lower cumulative intake over the day compared to other snacks (potato chips, cookies). The researchers also discussed how the consumption of raisins before lunch can reduce calorie consumption at the subsequent meal. Researchers suggest that raisins as a snack may support appetite and weight control, thus reducing the risk for obesity (Patel and others 2011).

In “Dietary Bioactive Compounds and Their Health Implications”, Rui Hai Liu, M.D., Ph.D, covered current research on phytochemicals in raisins and the prevention of chronic disease. Evidence suggests that health benefits of raisins may be attributed to the synergistic effects of phytochemicals present in whole foods.