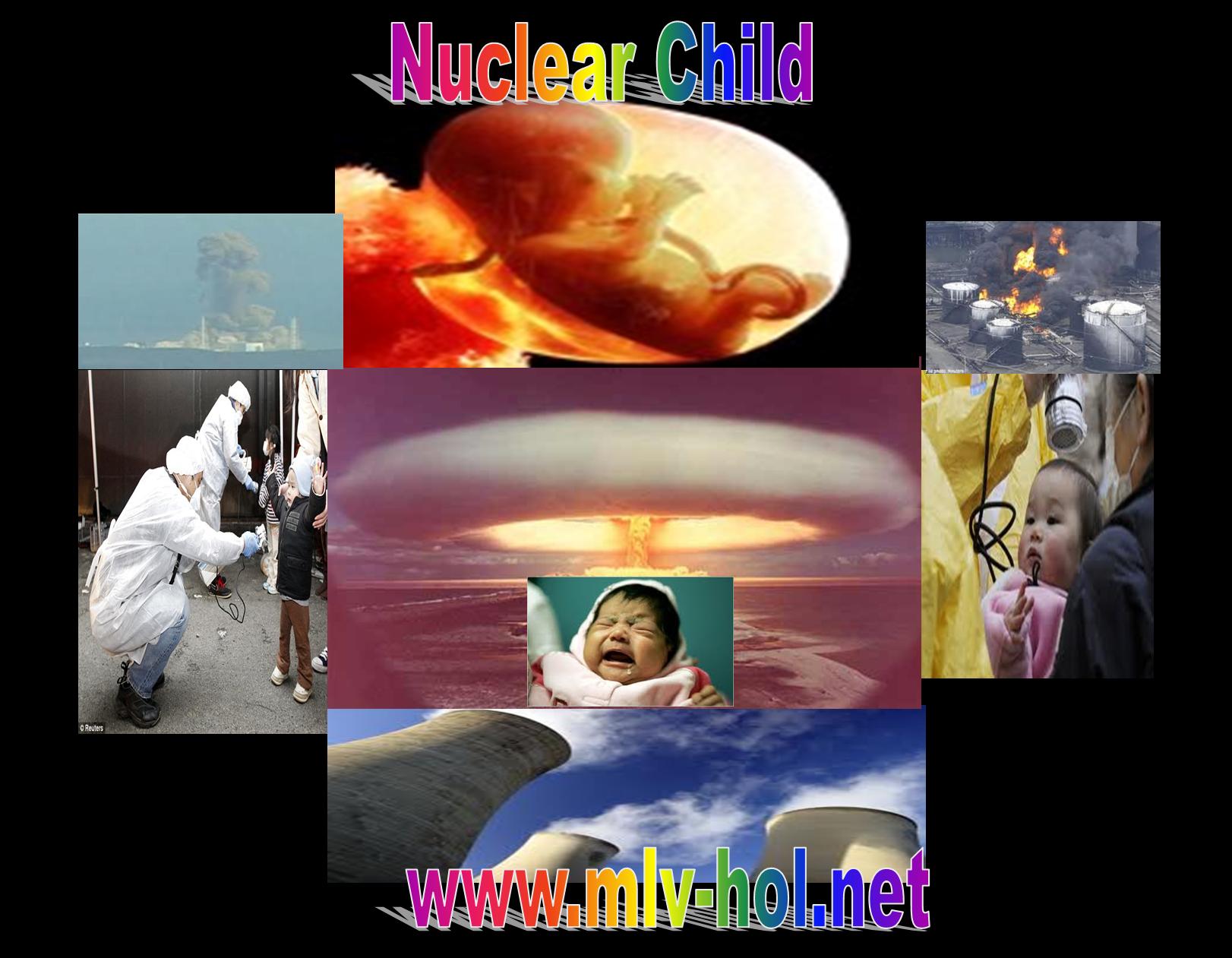 The recent nuclear meltdown in Japan was triggered by unprecedented Earth Quake and Tsunami.   Unaccounted number of children and women who are pregnant were exposed in an immediate risk from radiation released by nuclear reactors.

All humans exposed to radiation suffer from great harm, but unborn fetus, infant and child are much more susceptible than adults. They have underdeveloped immune system and less able to repair damage from radiation exposure. In general undeveloped cells are dividing very rapidly, and a cell damaged by radiation in a fetus or infant is much more likely to result in a birth defect or cancer.

The Japanese Prime Minister Naoto Kan said radiation had spread from four of the six reactors along Japan’s northeastern coast.

Japanese officials told the International Atomic Energy Agency (IAEA)”radioactivity is being released directly into the atmosphere.” About 150 people from populations around the Fukushima site have received monitoring for radiation levels, reports the IAEA. The group adds the results of measurements on some of these people have been reported, and measures to decontaminate 23 people have been taken. The IAEA says it will continue to monitor these developments as evacuation of the surrounding population is continuing. Japanese authorities have also distributed iodine tablets to the evacuation centers but no decision has yet been taken on their administration. According to the specialist a person’s radiation exposure due to all natural sources amounts on average to about 2.4 millisievert (mSv) per year, notes the IAEA. A sievert (Sv) is a unit of effective dose of radiation. Depending on geographical location, this figure can vary by several hundred percent. To put this in some perspective, one chest X-ray will give about 0.2 mSv of radiation dose. In conclusion when it comes to a child the amount of radiation increases due to his under developed organs and weak cellular structure.