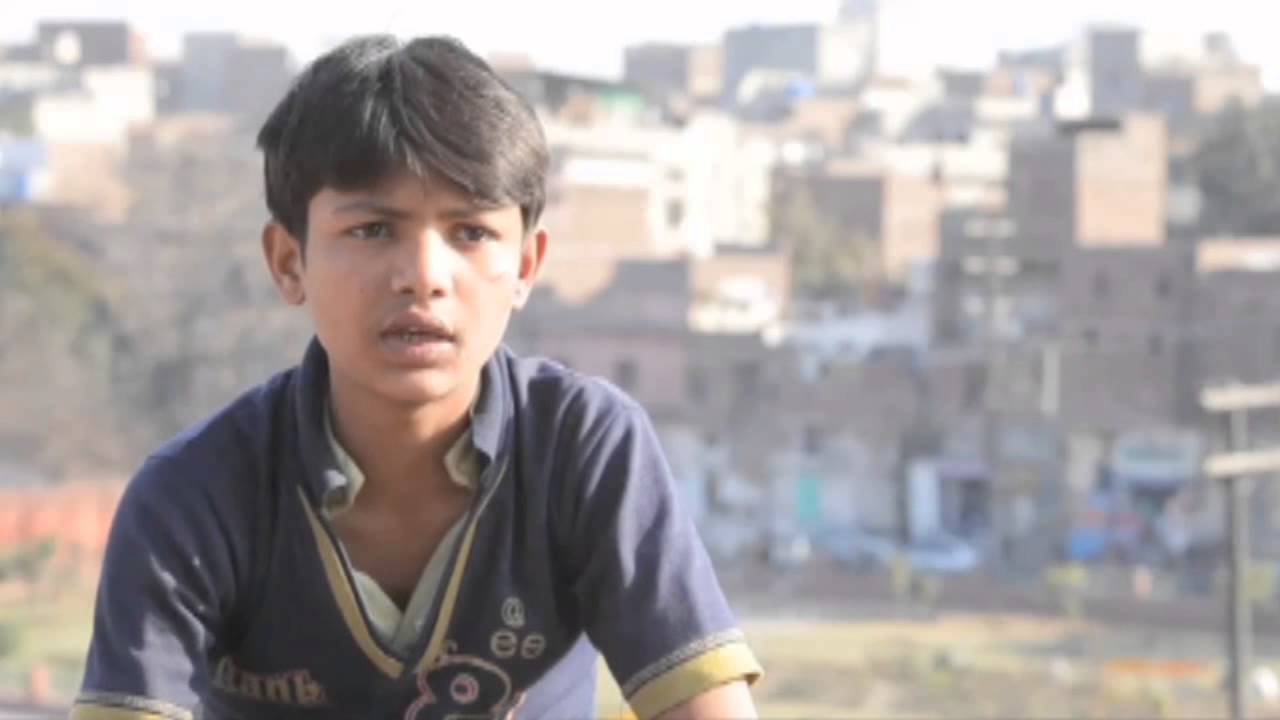 By RUTH STYLES FOR MAILONLINE

Ijaz, a bus conductor in his early twenties, spends his days travelling through the bustling streets of Peshawar in northern Pakistan, working hard to scrape a living.

The pay is low and the hours are long, and Ijaz, like many of his colleagues, remains unwed and has no family.

Instead of going home come nightfall, he, and many others, spend their time with street children, paying them as little as 75p for sex and when they have no money, brutally abusing them. At risk: Of Pakistan’s 1.5 million street children, an estimated 90 per cent have been sexually abused. But the children falling prey to these men aren’t the ones you might expect. With girls kept at home by their parents, the majority of victims are boys – some as young as six years old.

‘Once, there was a boy on the bus and everyone had sex with him,’ confesses Ijaz who admits to raping 12 different children during his career as a bus conductor.

‘I did it too but what else could I do? They invited me. And he was that kind of boy anyway.’

Sexual abuse in Pakistan is rife. An estimated four million children in the country are forced into work from an early age due to poverty and of those, more than a million live on the streets where they are easy prey for men like Ijaz.

A recent survey of 1,800 men found that a third believe that not only is raping little boys not a crime, it’s not even a bad thing to do.

As a result, an estimated 90 per cent of street children have been victims of sexual abuse at some point in their lives. Pakisused Damaged: Naeem, 13, has been on the streets, off and on, since running away from his violent brother who repeatedly beat him following their parents’ death. He was eight at the time Dangerous: Most of the street children are little boys and 90 per cent fall victim to paedophiles

One such boy is Naeem, 13, who has been on the streets, off and on, since running away from his violent brother who repeatedly beat him following their parents’ death. He was eight at the time.

His world is one of drugs and violence. He talks casually of a street where you’ll find ‘all the paedos’.

He is addicted to heroin and regularly abuses his own fragile body, cutting and stabbing himself in an attempt to deal with his anger.

Although he has sold himself to pay for drugs, he also tells, with tears in his eyes, of a time when he was attacked by a gang of men.

‘I was lying here sleeping and four people grabbed me and threw me into a car,’ he sobs. ‘One was a bus driver, the others were heroin addicts. All four of them raped me.’

Many of Pakistan’s abusers are bus drivers. One man who knows this all too well is Hassan Deen, an entrepreneur who rents beds – and sometimes boys – to drivers at Peshawar’s largest bus depot.

‘There’s often a kid wandering the streets alone. We tell these boys we’ll provide food and shelter if they come with us. That’s how we lure them in.’

Others, addicted to the cheap heroin that pours across the border from neighbouring Afghanistan, will have sex with these men for a price.

‘If I don’t make enough money picking trash, I sell my body,’ admits Naeen. ‘The first time I sold myself, I didn’t have any money.

‘The first time I did it, I hadn’t eaten for two to three days. Afterwards, I cried all night, asking myself, “What have I done?” I did this to myself to make some money.’ Hotspot: Peshawar’s bus depots are the scene of much of the abuse with bus drivers being the main culprits Drugs: Thanks to the proximity of Afghanistan and its cheap heroin, drug addiction is rife among street boys

And Naeen isn’t alone. Another street child, nine-year-old Akeeb has also been approached by men on the street but has so far managed to escape.

‘I don’t get scared if I have a friend with me,’ he says. ‘I get bothered a lot by the bus driver, the van driver. They tell me to climb on the roof of the bus and do bad things with them. Sometimes they offer me a soft drink in return.’

Unsurprisingly, the impact of this abuse on the children is severe. Along with psychological problems, a Save the Children report showed that as many as one in 10 are murdered by the men who abuse them.

Others go on to become abusers themselves, among them 13-year-old Naeem. ‘There was a boy, about 10 or 11,’ he confesses, shame-faced. Chaos: The busy streets of Peshawar are also home to thousands of children – and some dangerous men Hoping to help: Imran Khan describes the plight of the street children as ‘shameful’ for Pakistani society

‘I took him to the cinema and spent money on him and he was OK with it. But when we left the cinema, he said he didn’t want to do it anymore so then I grabbed his hand and forced him.’

Although there are laws in place to protect children, police rarely bother themselves with the plight of the street children, with many saying that the ever-present threat of Taliban bombs trumps saving small boys.

One man who might be able to help is Imran Khan, the former governor of Khyber Pakhtunkhwa, the region in which Peshawar is located.

‘It’s one of the most sad and shameful aspects of our society,’ he says. ‘I’m totally embarrassed by this. It’s really shameful for us that we have not been able to protect them.’

For now, boys like Naeem continue to fall victim to predatory paedophiles like serial rapist Ijaz, a man who claims to want a ‘good woman’ for a wife one day and children of his own.

‘I’m going to look for a good wife who’s read the Quran and prays,’ he says. ‘A good, respectable woman. Religion is very important because I’m Muslim.’

That, however, hasn’t stopped him from attacking boys. ‘What can we do?,’ he whines. ‘We know it’s totally against Islam. God doesn’t like it. But we’re helpless against our desire.’