Is the tide turning against the killing of ‘cursed’ infants in Ethiopia? 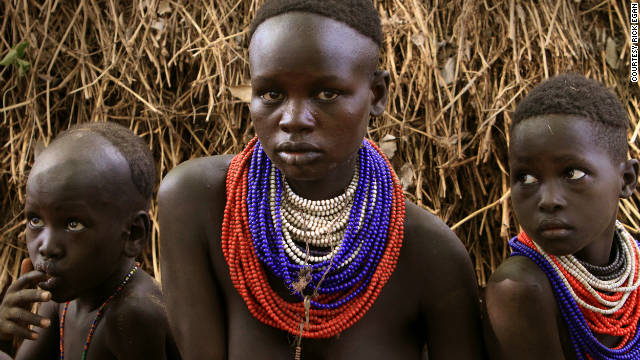 Erma Ayeli’s first child was considered “mingi,” or cursed by her Ethiopian village, and killed. A child can be mingi because of physical deformities, illegitimacy, ancient superstitions and a variety of other reasons. If they do not kill the cursed infant, villagers believe, bad luck will come to the whole community.
HIDE CAPTION
The fight to end mingi killings in Ethiopia
<<
<
1
2
3
4
5
6
7
8
9
>
>>
STORY HIGHLIGHTS 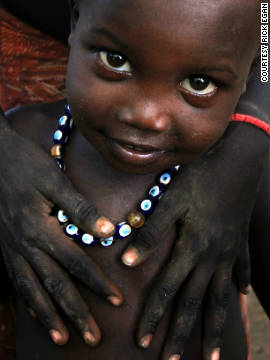 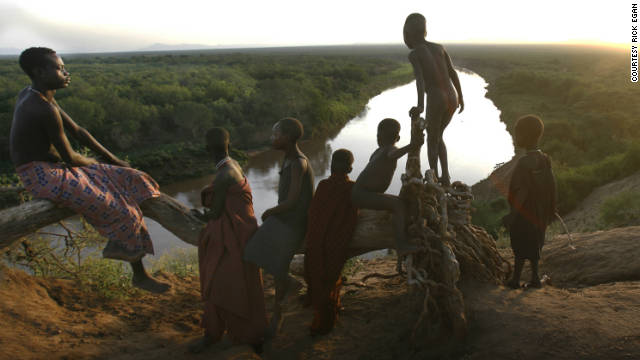 There is a potion she can take; the village medicine man can mix a concoction of roots and herbs that will make her sick and might cause her body to reject her pregnancy, taking her baby’s life before others can take it from her.
Many women choose this path. Erma won’t. Because this time, at least, she has some reason to hope that her child might be spared a violent death. Far away from her village, she has heard, there is an orphanage for mingi babies. She has pleaded with village leaders to let her child go there.
Either way, though, she won’t be allowed to see her baby. Once again, she’ll be left to dream about what her child might look like.
“This time, I think, I might have a girl,” Erma says.
Again, her head hangs low. Again, the boy next to her drops his own head into her lap, glancing up with a wry smile.
This time, though, Erma doesn’t smile back. She gently strokes his smooth brown cheek. 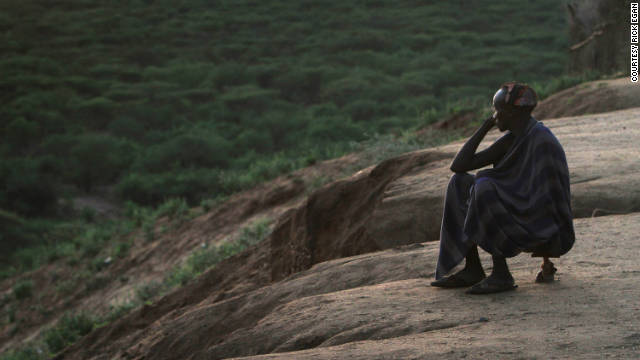 ‘This was our culture‘They have taken her tribal clothes. Her beads, her animal skins and her jewelry have been replaced by a tattered shirt and loose-fitting skirt. In that and most other visible regards, Mashi Lamo is indistinguishable from the other inmates at the Jinka Prison Institute.
Yet everyone in this ragtag penitentiary knows who she is. “The mingi mother,” says one guard, a woman whose crisply pressed khaki uniform seems to stand out in defiance of this dirty, dilapidated jail, cut into a hillside in the South Omo region’s administrative capital. “Yes, we all know what happened to her. It is very sad.”

An upbringing of discovery

A beacon of independence

It is not typical for Kara mothers to be asked to kill their own mingi children — and none are known to have done it of their own volition. In any case, fellow Kara say Mashi could not have killed her baby; she was far too weak after the birth to have done such a thing. It was other women who took the child away, they say.
But when police arrived, Mashi took the blame. Within days, she had been sentenced to three years in prison. She had no attorney, and there was no trial.
She may be a prisoner today, but her past and future are inexorably Kara. Mashi can speak and understand only her native language. She’s never been to school. When she is finally released, there will be only one place to go.
And so, under the watchful eyes of several other Kara prisoners, Mashi stands by her story.
“What they say is false,” she says of those in her tribe who have proclaimed her innocence. “I did it all myself.”
But asked if she deserves to be in prison, the teenager sinks her face into her hands.
“I hate it here,” she says. “I wanted to keep my baby, but that was not allowed. This was our culture.”
A few feet away, another young prisoner — girlish in figure and demeanor — hides behind a corrugated metal wall and listens in. Prison guards say she is the only other person serving time here for a mingi killing, and they say she shares Mashi’s plight.
But she cannot bring herself to speak of what happened. “This one prefers to forget” the shipshape guard says.
Unevenly executed as it might be, the government’s effort to crack down on mingi killings has had an effect on the Kara. Combined with other interventions, the fear of prison might be helping to save some children.
But not all of them.
“Before, they did it in the open,” says Solomon Ayko, a gangly young Kara man who has witnessed several mingi killings. “Now, it just happens in secret.”
‘They are human‘The Kara don’t count the passing years as outsiders do, but by Ari Lale’s recollection, it happened about 15 years ago, when he was a young man, eager to prove himself to the rest of his tribe.
A kumbaso baby had been born. Leaders asked Ari to supervise the child’s execution. 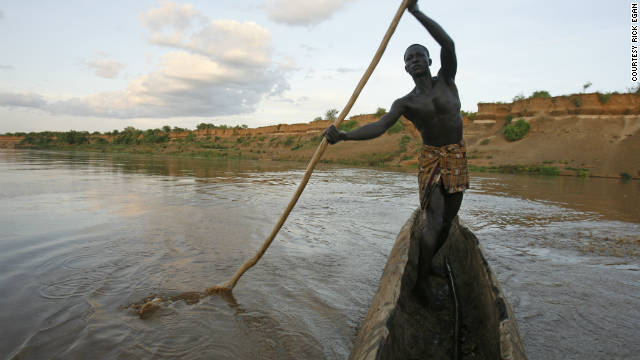 “The baby was crying,” Ari says, “so we put sand in its mouth and he was still trying to cry but couldn’t anymore.”
Soon, the child was dead, and Ari escorted a group of women away from the village to throw the tiny boy’s body into the bush.
What became of the child’s remains? “The hyenas or other animals took it away,” Ari says with a shrug.
Today, Ari is the leader of Korcho village, and he counts his participation in the boy’s death as one of his proudest memories.
“All the families would thank me for throwing away that baby,” he says. “If I had not done it, they would have been angry.”
It is extremely uncommon for police officers to make the arduous trip from Jinka to any of the Kara villages, but Ari says he and other leaders are nonetheless wary of the threat of prison. At some point, he says, the government will want to make an example out of someone of his stature.
But Ari, who wears his hair taut under a hard, red clay bun in the way of his tribe’s warriors, has not stopped believing in the dark magic of mingi. And so he and others have found a different way to carry out the killings.
They will not drown or suffocate the children, as they once did. But they have forbade anyone from the village to have contact with a cursed baby.
“If a mother was to give the baby her breast, she would also become mingi,” he says. “After the baby is born, we keep it alone in the house and we do not give it water or milk.”
Without nourishment, the infants quickly die, and there is little that can be done to prove that a baby wasn’t simply stillborn.
Ari appears to be pleased about this solution. Yet he balances his pride with a lament for the dead. “They are human,” he says of the mingi children.
For all of the praise he got for carrying out that first killing, Ari says, he would have much preferred to let the child live, if only there had been another way.
For some, now there is. 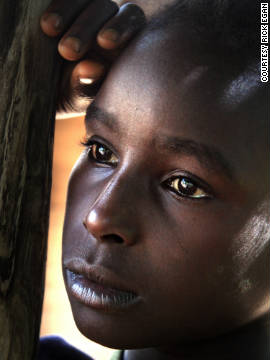