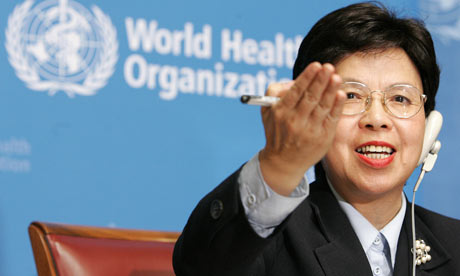 Margaret Chan, the director general of the WHO, which has been criticised in Rio for its declaration on social determinants of health. Photograph: Fabrice Coffrini/AFP/Getty Images

All people, everywhere, should have an equal chance of good health for as much of their life as possible. That’s not a revolutionary concept. But when, as Professor Sir Michael Marmot, of University College London (UCL), did, you examine the reasons for health inequalities, there is no escaping the conclusion: that those born into poverty and deprivation, without good education or prospects of a rewarding career, are much more likely to live shorter, unhealthier lives than those who were dealt a luckier and wealthier hand.

Marmot’s work on the social determinants of health, both for the UK government and for the UN, has been widely applauded. Many of the governments he has visited – he now spends a lot of time travelling the world to spread the word – say they are working on addressing health inequalities. But even though his expert commission spoke of the “toxic combination of poor social policies, unfair economic arrangements and bad politics that results in the unequal distribution of health-damaging experiences”, the fundamental truth at the heart of this – that it is poverty and social injustice that condemn people to ill-health – is often diplomatically glossed over.

Not so in Rio. At a prestigious World Health Organisation global conference on Friday, intended “to build support for the implementation of action on social determinants of health”, the stakes were raised publicly. More radical health campaigners rejected the official Rio Political Declaration on Social Determinants of Health, which had been carefully negotiated in advance in order not to upset sensitivities, and launched an alternative civil society Rio declaration.

Their demands are an anti-poverty agenda: they want progressive taxation, wealth taxes and the elimination of tax evasion to pay for action on the social determinants of health. They have the big corporations in their sights, demanding that people everywhere be protected against the marketing strategies of companies selling tobacco, alcohol, baby milk substitutes, high fat and sugar foods, as well as those of the oil industry. They want equal access to affordable healthcare and oppose privatisation, and they want rich countries to compensate poor ones for recruiting their doctors and nurses.

Star of the day was Prof David Sanders, of the University of the Western Cape in South Africa and the People’s Health Movement, whose rousing speech slating the official declaration received a standing ovation from campaigners, while many member state representatives sat silent. It ought to tackle unfair trade, he said, in which agricultural subsidies lead to food insecurity and malnutrition, especially in Africa. He accused corporations of buying up land in famine-dogged Ethiopia to grow food for the west. And he accused the west of robbing poor countries of skilled healthcare staff.

Health has become a rallying cry for those who oppose poverty, privilege and greed. This is one genie that looks unlikely to go back in the bottle